Hello Fashionistas,
Today I’m going to talk about a topic that really touches my heart and which shows how human beings can be heartless sometimes and that it only depends on your strength, how you perceive and value yourself first and your willingness to succeed that you can change things around and make people seeing you differently and accept you just the way you are. I want to talk about how albinos and those who suffer from skins genetic disorders are treated in this world. Some cultures believe that Albinism is the result of a curse and that’s contagious. Others believe that albinos can tell the future and that albino body parts are useful talismans in black magic. None of that it’s true obviously, but it just shows you the extremities people go to make up things about something they don’t understand. But who are we to judge other people?

For years the modelling industry has been known to portray the “perfect” image of what they believed a person should really look like, tall, slender and flawless. But recently the modelling world has taken a more “abstract” route and designers have been changing their views at a rapid pace, using more unusual faces to open for their runway shows and to represent their brands. Models such as Connie Chiu, Shaun Ross, Thando Hopa, Diandra Forrest, Jeffrey Nkanka are amongst the most successful albinos models. Another successful model with a skin disorder called Vitiligo is Winnie Harlow. Those models have something in common, they stood up for their cause and want to inspire other people and models all over the world to love themselves and to not let anyone make them believe that they are ugly and that they don’t deserve to be treated with equal rights as other “normal” people. They also deserve to be happy, to love and to be loved and have their say in the society where they live. I’m also standing up for them and I support them in this battle. Think about it, this could be you or any member of your family guys!

Have a beautiful week-end y’all and continue to inspire people around you by your positive actions!
xoxo
Post Views: 504
On March 19, 2016 • By Fashionistas Looks
0 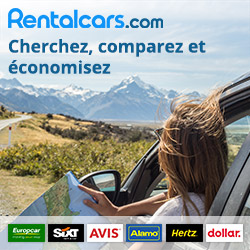